“I am despondent because of all the difficulties I am facing in my life. I am not getting promoted, my salary doesn’t justify the hard work I put in my work, I need to buy a home which I can’t now, and sometimes I feel like my life has no motive,” he told to his friend. END_OF_DOCUMENT_TOKEN_TO_BE_REPLACED

Welcome to The Rambling Writer!

Writing is my passion and I can never take it for granted. Hence, I try to hone my skills and create the elegant work. My goal is to write a better version than before. Attached are some of my work samples in various genres:

Thank you for taking out time to review my work 🙂

Like many others millennials, I also love to click these teeny-weeny joyful moments and put them on my social media status. However, not to showcase or evoke anyone’s spirit for being productive this way, while some people might think that. We all need to understand that each one of us has a different life to live and varied approach to tackle a situation. Hence, whatever a person is posting on its timeline shouldn’t impact others in any sense.

During these times of nihilism and weak emotional state, we need to channelise our energy in the right direction, and this is my way of doing it.

What are you doing these days to keep yourself happy, share it with our blogosphere in the comments section?

I read in a book, poetry has tone and mood like humans. Sometimes irony when they try to conceal an emotion in the present situation, sometimes hyperbole to exaggerate and mislead the readers, sometimes meiosis to manifest that nothing has happened.

Isn’t that’s what humans do in real lives?

But a question pops up in my mind, why most of the poems are set in a melancholic mood then?

Maybe because that’s how people unveil the darkest truths.

They find solace in poetry than facing their own species.

P. S: Dedicated to you Sushant. God bless your soul.

Imagine a scene where on one side the Indian tourists are going gaga over clicking a picture with an American couple and on the other side two monkeys are equally fascinated by them, especially with the lady who is feeding them. Hilarious, isn’t it? Well, maybe in reading you won’t find it that funny, but I witnessed it inadvertently and laughed to the extent that I didn’t get time to click a picture of that. And do you know where to find it? There is no other place than Hampi, which entails an ensemble of boulders, rivers, temples, monkeys, foreigners, hippies, music, cafes, sunset, hymns, and spirituality.

Moreover, Hampi lets you enjoy an affordable vacation of three to four days within a budget of INR 5-6k, and lavishly you can cover it in INR 12k. However, if you choose to stay in an expensive sojourn, then definitely the cost will go high.
There are so many places to visit in Hampi. However, I am here going to emphasise on a few prominent points that I consider crucial for a new tourist to know.

How to reach Hampi

Book a train or bus till Hospet. We went through the train and came back via bus, but I found a train ride more convenient. Even the price of an AC deluxe bus and a second AC coach is same. From Hospet, you can take an auto to Hampi. The auto wallas will tell you INR300-400, but you can negotiate and bring it down to INR 150-200 depending on the circumstances. Before you embark on your journey, withdraw cash from ATM based on your calculated expenses. Inside the Hampi town, finding an ATM is challenging. Nowadays some merchants accept money via Google Pay as well, but remember only cash can come to your rescue during network issues.

END_OF_DOCUMENT_TOKEN_TO_BE_REPLACED

Amid the lockdown, many of us tend to become owls.

Well, not lucky enough to breathe fresh air in the twilight,

but insomnia and limitations for our benefit led us to become one.

However, on the positive side, this renders an opportunity to introspect how

everything can change swiftly as if a magic spell sprinkled on the earth.

There is no vacuum for pride and ego, no matter what you have possessed, you may become jobless in the next minute.

No matter how rich you are, you may have to handle all the chores on your own.

Hence, show gratitude and respect people because life is a whirlwind, and we humans have no control over it.

Like Loading...
March 28, 2020August 6, 2020 The Rambling Writer
.
Who knew the mundane clouds of our city could have alluring hues?
Who knew the stars could ever be seen in gloomy and polluted clouds?
Who knew the roads and public places could be empty in a heavily populated country?
Who knew that a virus could jeopardize the need for daily wages and a country’s economy?
Who knew that the racing world could actually stop and get locked with families?
Who knew that people of a country could clap together against the cause irrespective of the assumptions and comprehensions of its need?
Who knew that social distancing could be done without hurting anyone?
Who knew that one virus could let people forget all the other political issues since nothing is crucial than life?
Neither you nor I.
But what we can agree on is until we aren’t together in a fight, we aren’t going to win it against anything.
.
Protect yourself to protect others…
P.S. Let’s write a poem because I am on self-quarantine mode..
Payal Tyagi ~ The Rambling Writer 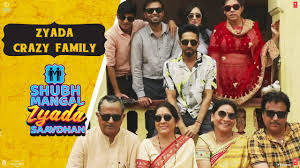 I sometimes wonder that the word ‘homo‘ always existed amidst, still, why I was oblivious to it until in my teenage, I watched a movie whose plot was based on homosexuality?

I guess these were the reasons:

Anyways, after watching that Bollywood movie, I metaphorically contemplated ‘lesbian or gay word’ as a new form of substance abuse that one should stay away from. Reason – the lesbian character was depicted as a vamp who tried to rape the straight. Thus, a negative portrayal.

Hence, I could never imagined two boys or girls cuddling each other on a bike or doing any PDA beyond the limit of ‘normal’ as shown in the movie ‘Shubh Mangal Zyada Savdhaan(SMZS)’ until I went Australia in 2016 and attended ‘Mardi Gras’ festival that is celebrated every year to rule out all the discrimination happening with LGBTQ community.

Well, thanks to the advent of digitization due to which millennials and next generations are becoming aware of the existence, history, and normalcy of ‘homosexuality’ even before it was legalized, thanks to Supreme Court of India for decriminalizing the section 377, and then to the filmmakers and writers who are trying to spread the message of removing ‘homophobia’ among the society through their satirical and entertaining art. However, same-sex marriage is still an alienated concept not only in India but in other parts of the world as well.

Now, let’s talk about the story of SMZS –

It is about two boys (Kartik & Aman) who are gay and passionate lovers. Ayushmann as Kartik wants Aman ( Jitendra Kumar)to discuss their relationship with his parents while they attend Aman’s cousin sister’s wedding (Maanvi Gagroo). However, things go unplanned as Aman’s father caught them kissing. Will the lovers ever get a happy DDLJ ending?

Delhi and UP premise had indeed been typical for most of the Ayushmann’s films. But I have been successful in resonating with the allegory, hilarious dialogues customized as per local dialect and presence of perfectly ensembled cast in his movies, being a native of that region.

Coming back to SMZS, here are a few things that I really liked and disliked:

Overall, it is an entertaining movie, encompassed with family resentments set in the flakes of humor. I wanted to see more of ‘how they met’ scenes, though.